[Note: Friends of Justice is a personal blog. I speak only for myself.] 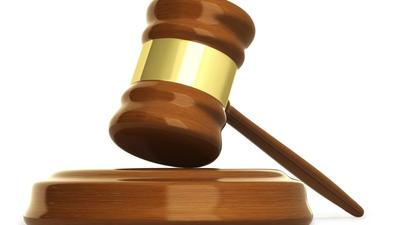 An important press release from the Center for Prosecutorial Integrity:

Over 100 Law Professors, Others Call on DOJ to Stop Junk-Science ‘Victim-Centered’ Methods

WASHINGTON / May 23, 2019 – Over 100 law professors, practicing attorneys, scholars, and concerned citizens have endorsed a petition calling on the Department of Justice to promptly cease its support for guilt-presuming investigations. Commonly known as “victim-centered,” such methods vitiate notions of fairness and investigative impartiality, and contribute to the problem of wrongful convictions.

“Victim centered” methods such as Start By Believing advise investigators to start with a presumption of guilt, seek to “corroborate the victim’s account,” and write their reports using the “language of non-consensual sex.” (1) Such approaches violate ethical codes that require investigators to “present such evidence impartially and without malice.” (2)

Another “victim-centered” method is known as “trauma-informed,” which posits the cognitive effects on persons experiencing traumatic events. But experts have dismissed such notions as “psychiatric folklore,” lacking scientific verification, and even as “junk science.” (3)

Victim-centered methods have been discredited by a number of groups. The Air Force Office of Special Investigations found such methods to be “inappropriate and irresponsible.” (4) In 2015 the Arizona Governor’s Commission to Prevent Violence Against Women issued a letter saying Start by Believing “creates the possibility of real or perceived confirmation bias” and “strongly cautioned” state law enforcement agencies from using Start By Believing. (5)

The petition demands that the Department of Justice “promptly suspend its support for programs that call on detectives and investigators to reject their most basic of principles of fairness and that threaten to unravel the very fabric of our nation’s justice system.”

Journalist Emily Yoffe has termed victim-centered theories “junk science” because of their lack of scientific support and the circular logic they utilize. (6) Additional information is available in the CPI White Paper, ‘Believe the Victim:’ The Transformation of Justice. (7)