Despite reams of empirical evidence, therapists cling to arrogant fiction. 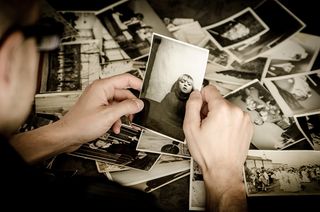 Since the dawn of modern psychoanalysis, therapists have championed the idea that some memories are simply too traumatic for the conscious mind to retain, and they are tucked away, buried in some unconscious, dark, and forgotten cellar of our brain. Luckily, therapists have apparently magical powers to detect these buried landmines, sniffing them out like bomb-detecting dogs and exposing them to the light of day, helping patients to recover these lost experiences.

Sadly, during the 1990s and the Satanic Ritual Abuse panic and the Recovered Memory Therapy disgrace, we learned just how wrong therapists were. During that era, therapists promoted a nationwide quest to root out evidence of children being sexually abused by hidden Satanic cults. The memories of those experiences were suppressed by psychological mechanisms, but through a blend of hypnosis and careful questioning, therapists could bring those memories flooding back.

The book Sybil tells the thrilling, disturbing tale of a young woman whose horrific childhood abuse led her personality to fragment into pieces, and it was only the caring, insightful, and revolutionary work of a brilliant psychiatrist who uncovered this past abuse and exposed what Sybil had suffered. The Courage to Heal brought this narrative to millions: that current psychological symptoms could reveal lost histories of devastating abuse, and that modern mental health therapists could restore them.

Families were disrupted, lives destroyed. Though it seems hard to believe, across the country, numerous people went to jail for decades, convicted for hideous crimes where the sole evidence was these recovered memories of long-forgotten abuse. But groundbreaking research by Elizabeth Loftus demonstrated that the very techniques used by therapists to “recover” memories also worked extremely well to implant false memories and to create realistic, recalled experiences of things that never happened.

The Federal Bureau of Investigation found no evidence of any such secret, organized cults of Satanic child abusers. Further research found that patients who underwent recovered memory therapy techniques actually experienced a decline in psychological health, functioning, and well-being.

Modern research now reveals that memory itself is far less reliable, and much more malleable, than ever commonly believed; no matter how strong and vivid memory may be, the human mind is desperately prone to fallibility. The Courage to Heal has been called "The bible of incompetent therapists," and a recent expose' has called the entire narrative of Sybil into question, pointing the finger at unethical clinical practices fed by sensationalism.

For 15 years, I’ve sat on national review panels, where I examine and consult on licensing and malpractice claims against therapists and behavioral health clinicians. I’ve seen countless license actions and malpractice lawsuits against therapists who used recovered memory techniques, believing they were doing good; in every case I’ve ever seen, the therapists lost, their actions deemed damaging, harmful, and contrary to industry practice.

One would think, then, that mental health clinicians would treat these practices as anathema, and that new therapists would be carefully and explicitly trained to avoid these dangerous areas. But a new review, published by extraordinary and thoughtfully skeptical researchers, including the aforementioned Elizabeth Loftus, finds that widespread belief in repressed traumatic memories persists in the therapy industry. Between 60 and 89 percent of modern mental health clinicians believe that traumatic memories can be forgotten, repressed, or suppressed. A study of clinicians who utilize EMDR to treat trauma found that fully 93 percent of these clinicians believed that traumatic memories can be “blocked out.”

On a clinical listserv just last week, an experienced, well-published, and highly-trained therapist suggested to another therapist that perhaps an identified patient had “unremembered trauma,” which was more severe and impactful than had been previously disclosed. When I raised concerns about this, citing the above history of research and practice, I was challenged for ignoring that trauma can lead to dissociation. After all, I was told, “trauma can live in the body” long after it may leave the mind.

On yet another listserv, one reserved for licensed, doctoral-level psychologists, a psychologist colleague recently sent a statewide request for assistance in finding a therapist who specialized in recovered memory therapy. The psychologist had a patient to refer. Again, I raised concerns and questions that licensed, experienced clinicians would duplicate the mistakes of our professional past and risk harm to our patients.

Years ago, I reviewed the case of a psychologist whose patient believed she had been part of secret, hidden, government mind-control experiments. The psychologist, at first skeptical, was slowly convinced by her patient’s deep-seated beliefs and detailed recall as therapy progressed, and more memories were uncovered.

At last, on the weekend believed to be the anniversary of those mind-control experiments, when secret government agents were somehow expected to return to renew the mind-control measures, the psychologist got her patient a hotel room, trying to protect her from these hidden dangers. But of course, nothing happened that weekend. And when these events eventually came to the awareness of the psychologist’s licensing board, she was sanctioned, her clinical practice and foolish credulity challenged.

A few months ago, a patient came to me, inquiring about the possibility that I could help them uncover a memory, as they were sure that something traumatic must have happened to them in childhood, though they couldn’t identify any particular experience. “After that one weekend, everything changed,” even though the patient couldn’t recall any problems during that period. “I must have blocked it out.”

Again, my patient is not alone—research cited by Otgaar, et al. suggests that between 40-89 percent of the general lay public believe that traumatic memories can be suppressed and forgotten, that even an act of murder can be suppressed. Events of our past may sometimes come back to us in sudden recollection. But research finds no evidence that this happens with traumatic memories. Indeed, prospective research (following people after a traumatic event) finds that though trauma victims would like to forget their experiences, they do not. Traumas that involve brain damage may, and do, interfere in memory, but this is a neurological effect, not a psychological one.

These mistaken beliefs permeate our modern culture, our media, and even our politics. The “Pizzagate” conspiracy theory claimed that a secret cult of child sexual abuse, protected by Democrats, operated in a pizza parlor in Washington, D.C. Jerry Sandusky, Pennsylvania football coach, was convicted on multiple charges of child sexual abuse, but in a recent book by Prendergast, it’s revealed that at least one of these children underwent recovered memory therapy techniques by his therapist.

In May 2019, a woman was arrested by the FBI for kidnapping two young children—she believed she was rescuing them from a secret and suppressed history of sexual abuse by cults, including the Illuminati. As with the Pizzagate scandal, this woman’s fears had been fed by advocacy organizations who believed they were fighting injustice and secret, evil conspiracies.

I told my patient about the history of these issues and the limits of our memory. I explained that such efforts to uncover potential memories stood the strong chance of creating false recollections and narratives that could harm, distress, and destabilize. Instead, we focused on developing mindfulness skills, ways to ground and focus on the present, resisting the feelings of dissociation, anxiety, and vague, unfocused fears. Answers, certainly not healthy or helpful ones, wouldn’t be found buried in forgotten memories. Only pain and deceptions lay down that path. 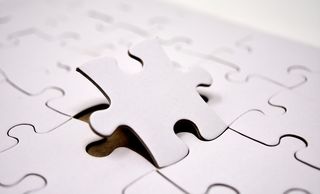 Sadly, my industry actually needs our own recovered memory treatment. We need to remember what we’ve apparently forgotten. Traumatic memories do not get repressed, and our clinical arrogance in the face of these facts harms our patients and is damaging in a way that therapists must shun.

Therapists must acknowledge our dark history; we must resist our hubris and the temptation to be saviors who uncover lost tragedies that explain everything. Instead, we must embrace humility, the humbleness of an industry that has done wrong, and accepts responsibility to correct it, warding against making such mistakes again.

David J. Ley, Ph.D., is a clinical psychologist and the author of Insatiable Wives, Women Who Stray and The Men Who Love Them.